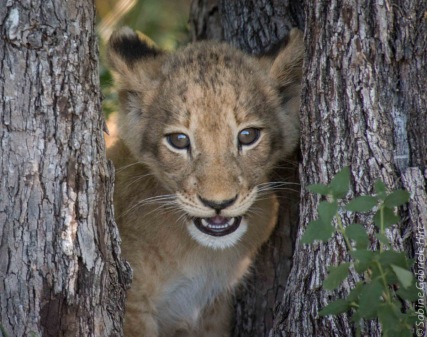 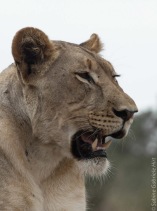 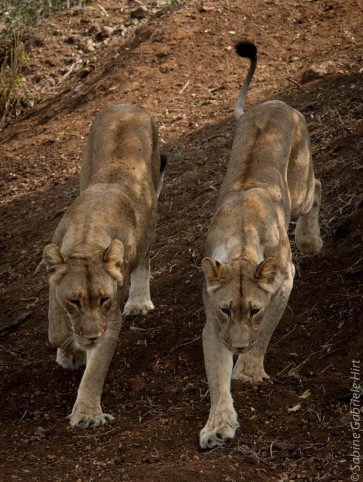 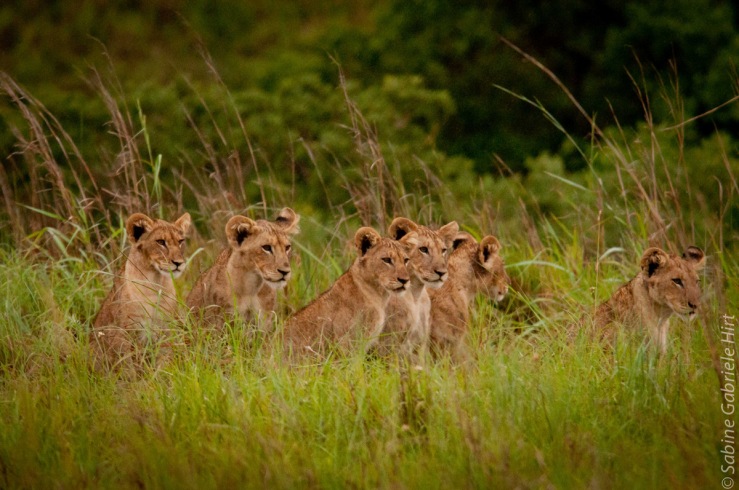 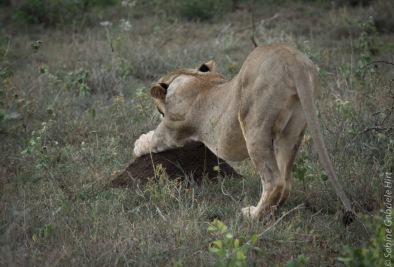 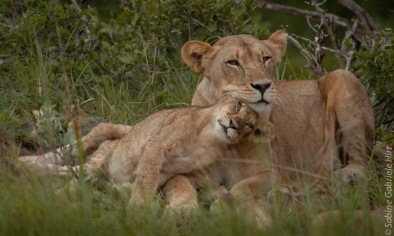 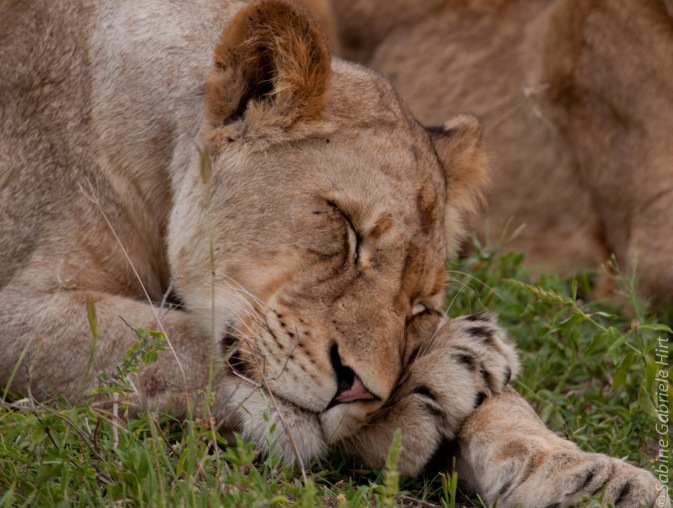 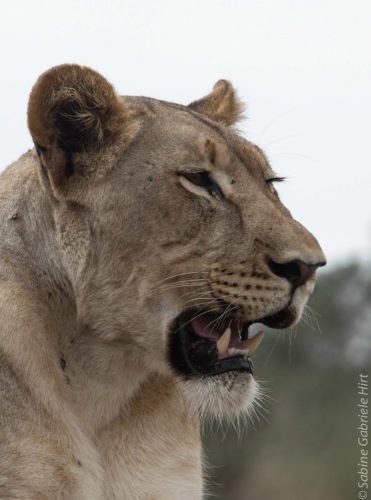 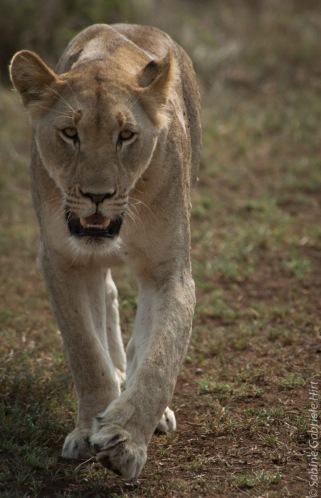 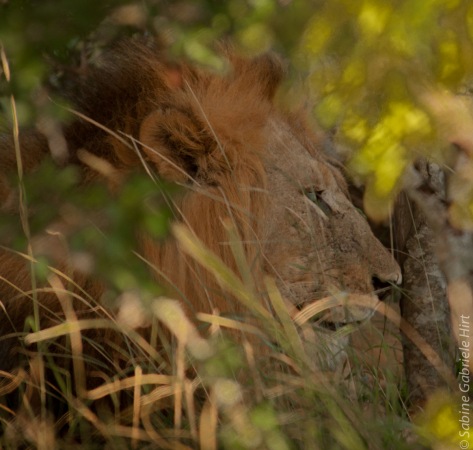 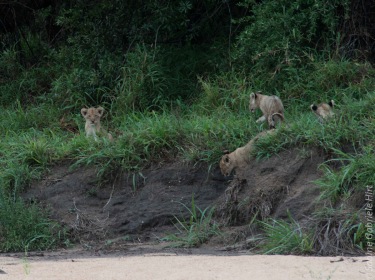 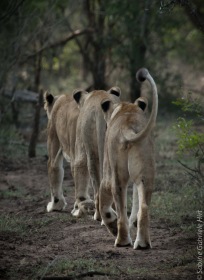 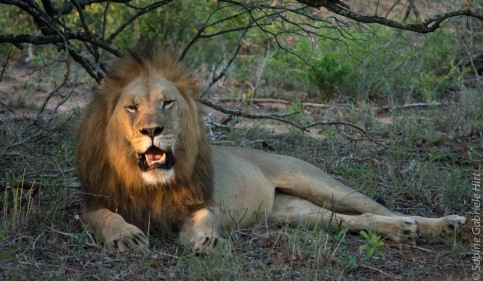 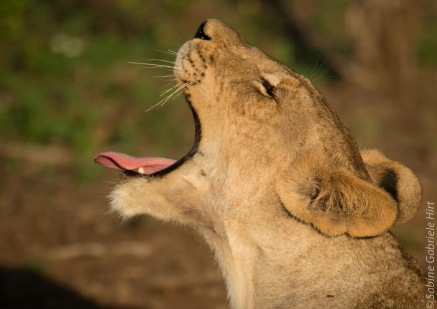 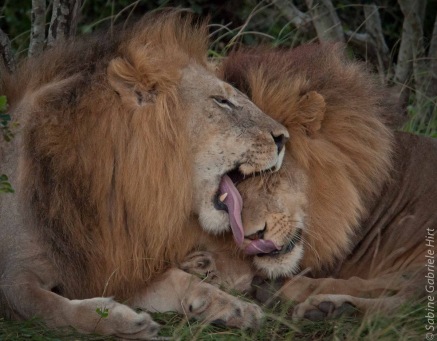 Lions are fascinating – and we were lucky enough to get a glimpse of them every time we went on safari. The result is that over the years we have had many interesting  encounters with lions: some were scary, others just plain cute.

Among other things, we “stalked” a dominant male for hours into the night after watching him wake up at the side of his brother and witnessing how they groomed each other at length in an almost tenderly fashion. On another occasion we observed how a fairly aggressive lioness charged at a jeep full of safari guests, probably in an attempt to protect both her young and her kill. Thankfully, our jeep was parked a bit further away. Still, that very moment, I was so scared that I automatically stopped taking pictures. In hindsight, not the best reaction- but, I could not help it. The jeeps at that game reserve are open; that is, they don’t have a roof or windows …. Watching a couple of lion cubs popping out of the thicket to play in the wet grass is a sighting that makes your day. The same goes for tracking a huge pride on their way to a recent kill and witnessing from 4m away how they devour an enormous warthog in less than half an hour. Similarly cool is to see an apparently sleepy lioness erupt into action upon observing a clueless impala approaching the pride’s waterhole? Or what about a majestic lion stalking a cheetah female who uses her incredible speed to guide the big guy away from her three cubs.